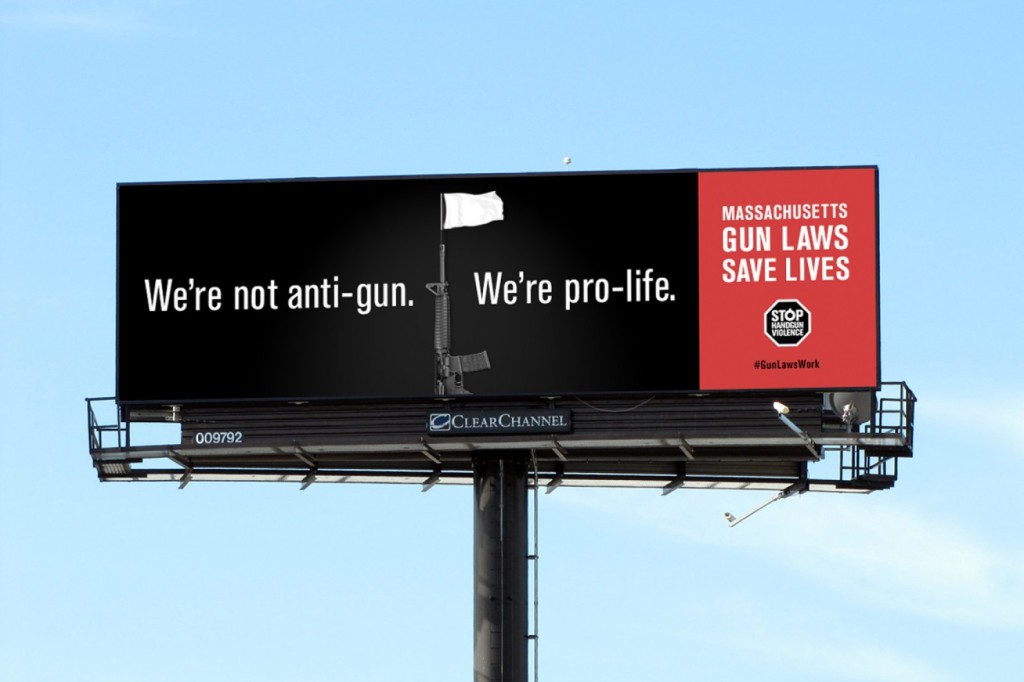 One Can Be Pro-Life and ‘Pro-Gun’

Last week Reverend Rob Schenck, an evangelical Christian, published a morally confusing, anti-firearm piece in the Washington Post, in which he claimed that one can’t be both pro-life and pro-gun at the same time. Specifically, the tenor of the piece took the position that Christians can’t be pro-life if they’re pro-gun.

For starters, Schenck’s position — that one can’t be both pro-life and pro-gun — is a false dichotomy. Many have argued, some quite persuasively, that there’s very little tension between being pro-life and defending the Second Amendment. Even further, many have convincingly argued that owning a gun — for proactive protection or as the result of being victimized by criminal activity — can be used to defend innocent people from (further) violence and evil. This is a very practical example of being pro-life.

Schenck says he previously believed that “we had a God-given right to defend ourselves,” and that he believed, “the Second Amendment guarantees a right to bear arms, and that anyone should be able to obtain a gun.” Now after viewing “the after-effects of gun violence firsthand,” he believes differently saying, “These experiences, followed by careful theological and moral reflection, left me convinced that my family of faith is wrong on guns.”

Here’s part of the moral confusion regarding Schenck’s conversion on gun-ownership. Is he saying that Christians don’t have the God-given right to defend themselves – period — or that Christians don’t have a God-given right to defend themselves with guns? And if it’s not a God-given right (again, why not?), can Christians engage in self-defense if it’s a government-granted right? More important, if the right to defend oneself, which includes acts of protecting oneself in addition to other innocent people- isn’t granted by God and only by government, government can also take that right away, leaving millions of people, including Christians, defenseless against a tyrannical government, and civil criminal enterprise. Is Schenck morally, politically and theologically okay with that potential outcome? Why or why not?

The effects of gun violence that Schenck says were instrumental in his transformation are the mass shootings in Pennsylvania, that left five Amish schoolgirls dead, and the mass shooting at the Washington Navy Yard where twelve people were killed and three others injured. It’s puzzling that he refers to these examples as evidence that Christians can’t be pro-life and pro-guns, considering the details of both incidents. In the first example, the mass murder of defenseless Amish schoolgirls wasn’t an act of self-defense whatsoever. The man responsible for that evil reportedly had unresolved grief over the death of his minutes-old daughter almost a decade earlier. His suicide note mentioned that he was still angry with God because of it.

The second example of the Navy yard shooting, the murderer clearly suffered from mental issues, saying that he heard voices in his head. He also claimed to be the victim of low frequency electromagnetic waves, which influenced him to commit this evil. Again, this is nowhere near what one would describe as self-defense. To use these two examples of mass murder as the foundation for the claim that Christians can’t be pro-life and pro-gun, or to undermine the defensive nature of gun ownership in general, is very shortsighted, deeply misguided and frankly, inexplicable.

Schenck then offers this,

“But I disagree with my community’s wholesale embrace of the idea that anyone should be able to buy a gun. For one thing, our commitment to the sanctity of human life demands that we err on the side of reducing threats to human life. And our belief in the basic sinfulness of humankind should make us skeptical of the NRA’s slogan, “the only way to stop a bad guy with a gun is with a good guy with a gun.” The Bible indicates that we are all bad guys sometimes.”

“Wholesale embrace?” Schenck doesn’t quantify this nor does he provide any examples to support this sweeping generalization; it’s simply true because he says it is. Where have any well-known evangelical ministers, groups, denominations or lay Christians claimed a “wholesale embrace of the idea that anyone should be able to buy a gun,” with no restrictions? If this sentiment is as common as Schenck would have us believe, he should have no trouble specifying considerable support for such a tenuous proclamation. Moreover, many people are very clear that criminals and those suffering from mental illness that should necessarily be exempt from owning guns, and rightly so. This position clearly and directly contradicts Schenck’s charges against an evangelical, “wholesale embrace” that anyone should be able to buy a gun.

Schenck continues his with his morally confused change of heart saying, “our commitment to the sanctity of human life demands that we err on the side of reducing threats to human life,” but discounts using a gun to do just that. In the absence of a gun, how would Schenck like to see Christians reduce threats to human life in a situation where the very threat(s) to human life have guns? The Second Amendment allows citizens to legally own a gun to use as protection in situations where it mitigates the discrepancy between a criminal the size of a linebacker and a much smaller, weaker victim — man or woman.

Having a gun to defend oneself and others actively demonstrates the sacredness of life. Willingly sacrificing oneself and not doing what one can to protect human life, when one has the chance, actively undermines his call to reduce threats that endanger life.

And aside from the obligatory demonizing of the NRA, Schenck ignores the fact that many people have responsibly used guns to protect against, thwart and end criminal activity by others who’re not so keen on valuing human life. People, especially Christians, have rescued the weak and needy, and have delivered them from evil (Psalm 82:4) using the very thing Schenck condemns.

Schenck then engages in an outright appeal to moral equivalence, that when taken to it’s logical conclusion, nullifies the obligation to do good and fight evil. He says, “The Bible indicates that we are all bad guys sometimes.” And? So we’re “all bad guys sometimes,” means what, exactly? Christians can’t be good, or do good? Apart from moral equivalence, some people are more than just “bad” sometimes; they’re evil. Within the moral spectrum, there are gradations of good and evil. To ignore that, and our part to try and overcome it, is dangerous.

But if Christians are “bad guys sometimes,” why engage in any acts of charity, mercy, and goodness- which can include defending innocent lives with guns? As a Christian, Schenck knows that Christians are called to fight against bad and evil — both within themselves but also in the world. In other words, Christians are to combat evil. What were to happen if Christians used Schenck’s mindset and applied it to protecting preborn lives from abortion? Should Christians stop trying to save these lives because sometimes Christians can be “bad guys?” This position simply makes no sense.

“…anyone using a gun for defense must be ready to kill. Such a posture is antithetical to the term “evangelical,” which refers to the “evangel,” or gospel. The gospel begins with God’s love for every human, and calls on Christians to be more Christ-like. At no time did Jesus use deadly force. Although he once allowed his disciples to defend themselves with “a sword,” that permission came with a limitation on the number of weapons they could possess. Numerous Bible passages, such as Exodus 22:2-3, strictly limit the use of deadly force.”

Schenck conflates the moral implications of killing and murdering. Killing while defending innocent human life is acceptable; murdering innocent life isn’t. It’s precisely why the proper translation of the Sixth Commandment is “thou shalt not murder” rather than” thou shalt not kill”: God makes a clear moral distinction between killing and murder. It’s why the Bible gives clear instructions for the punishment of murder — death, which differs from the punishment for killing — time served in sanctuary cities.

How making a moral distinction between killing and murder — being prepared to use a gun to do the former and not the latter, in an attempt to save lives — is antithetical to the gospel is anyone’s guess. This actually gives credibility to the gospel rather than detracting from it.

To appeal to Jesus’ lack of doing or saying something, as a model to follow, can be theologically tricky. It’s applicable in some areas, not in others, like gun ownership. Just because Jesus didn’t mention a specific topic or didn’t engage in a specific activity, doesn’t mean we should automatically apply that omission to our current situation. Jesus didn’t specifically mention abortion; should Christians ignore that issue, allowing even more lives to perish because of our passivity — and thereby becoming less pro-life? He also didn’t mention homosexuality; should Christians simply ignore the seriousness of this issue and its far-reaching moral, cultural, and physical consequences?

Additionally, Schenck cites Exodus 22:2-3a to defend the idea of limiting deadly force, but these verses also permit one to protect one’s family and property. Verse two allows for the striking and killing a person if he breaks in during the night- the time where a family is most vulnerable to theft or worse. Appealing to this passage undermines- and further confuses- Schenck’s position rather than bolsters it.

I very much disagree with Schenck’s position — I think people can and should own guns and they have a moral obligation to learn how to use them safely and legally to protect themselves and other innocent people from criminal intent and other forms of evil. He’s wrong to advocate and defend a false dichotomy between supporting the right to own guns and being pro-life. These two issues aren’t mutually exclusive, as he and those who share his view would have Christians believe. There are many Christians who would love to exercise their legal rights to own a gun for protection but are prevented from doing so by prohibitive laws and a lack of financial resources. Would Schenck tell the number of gun-less Christians, who live in the inner cities of Chicago, Detroit, Philadelphia, Oakland and elsewhere who are terrorized and killed by criminals with guns that all is well- that their position is ‘pro-life’ even as they lose theirs?

Schenck’s position on gun ownership needs considerable clarification. He confidently proclaims that he’s against fellow Christians maintaining a defensive, anti-life position because they own guns. Is he then saying that he’s against using that gun to deter crime and other evil? After all, that’s what the defensive position he laments, defends against.

If Schenck can’t be pro-life and pro-gun, that’s fine — for him; it’s his personal decision. He’d still be misguided, but his morally and theologically confused position would only apply to him. It should exclude the slandering and mischaracterization of responsible, sober-minded gun owners — the overwhelming majority of whom are law-abiding citizens.

This isn’t a condemnation of Schenck. He seems to be a good and decent man. Yet on this issue, he seems emotionally confused and unwilling to acknowledge the nuances, realities and the moral requirement to protect life. It appears as if he is using his faith to justify his anti-gun ownership transformation.