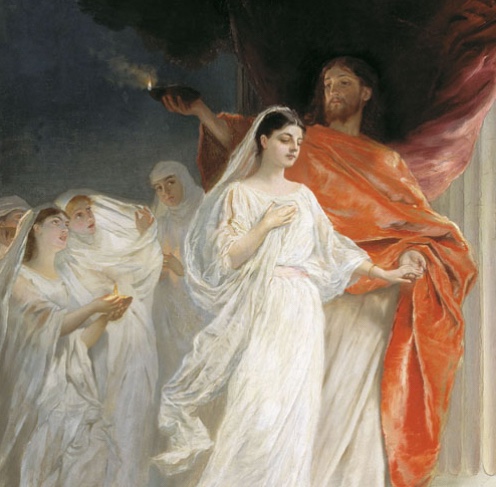 Gerson’s column implied that only the old and retrograde are not yet on the Pride bandwagon. Amid his celebration, he does not bother to explain why traditionalist Christians and others, including hundreds of millions of people globally, still adhere to their ethical perspective. Instead, he wrote:

Among religious young people, certain questions are growing more insistent: Why should we assess homosexuality according to Old Testament law that also advocates the stoning of children who disobey their parents? Isn’t it possible that the Apostle Paul’s views on homosexuality reflected the standards of his own time, rather than the views of Jesus, who never mentioned the topic?

These canards, repeated for decades especially by liberal Protestant activists, ignore historic and ecumenical Christian teaching about marriage. The universal church’s understanding that sex is for husband and wife does not rest on ancient Hebraic punishments or first century taboos. From Genesis to Revelation, marriage as the union of man and woman parallels God’s fidelity to his people and their fidelity to him. In Christian cosmology, Christ is the Groom, and The Church is His Bride, whose wedding culminates history.

In a new book, The Next Methodism, Warren Smith of Duke Divinity School, in his chapter on marriage, stresses its eschatological significance. God ordains marriage for husband and wife to grow in holiness and in knowledge of God. The covenant of marriage signifies the “mystical union of Christ and his church,” and “points to the new covenant binding God and his people through the body and blood of Christ.”  In marriage, husband and wife mediate God’s love to each other. Each spouse must persevere with an unmerited love that forgives, recalling God’s own forbearance.

Smith notes that Jesus told the Sadducees there is no more marriage in the resurrection, as marriage is for procreation in this world. Jesus told the Pharisees that man and woman would leave their parents to marry and become “one flesh” that nobody can separate. St. Paul’s rejection of same gender sexual relations is drawn from the Torah and affirms Jesus’s understanding of marriage as exclusively an earthly male/female union. These teachings show that sex and romantic attachment are not essential for human completion, as “sex has no place in the final, perfect state of human existence,” when “men and women will live together in the community of saints as brothers and sisters of Christ.” Smith recalls that Jesus’s commending celibate persons who serve God underlines that sex is not God’s design for all persons.

In a 2017 Catalyst article, Smith explained that “since sex is not essential to human flourishing,” the Bible’s “regulations about sex do not unjustly deprive any class of people what is necessary for their fulfillment.” Instead, the “Scripture’s teaching on sex, when understood within the theological understanding of human nature and destiny, is rightly seen as ordering our lives toward, and preparing us for, the perfection of human nature in the resurrection, the destiny for which we were created.”

This eschatological view of marriage and sex is the universal standard for Christianity, with only shrinking Protestant denominations in the West dissenting. These liberal churches see sexual fulfillment as a human right. Their preexisting membership decline accelerated after rejecting traditional Christian marriage teaching. Ironically, after opening marriage to “all,” the number of weddings they celebrated plunged. Gerson enthused: “The advance of same-sex marriage, it seems, has generally ended in cake and dancing.” Churches heeding his counsel are enjoying much less wedding cake.

Marriage, of course, is not chiefly for cake. Historic church teaching on marriage has been a gift to humanity across 2000 years, increasing human dignity with chastity, monogamy, equality, and mutual service. In mirroring Christ and His Church, this teaching across time and culture is the opposite of “pride,” self-fulfillment and self-actualization now so popular in the modern secularizing West.

Gerson across years has rightly stressed Christianity’s duty to serve the common good, often citing his admiration for Catholic social teaching. But central to that teaching, and to universal Christian anthropology, is the understanding of marriage as the union of man and woman, and the protector of sex’s sacred purposes.

If Gerson is to offer Christian ethics and compassion as a measurement for political justice, then he should consider the eschatological and anthropological architecture that sustains it. If he rejects that architecture, then at least he should explain it fairly.

303 Creative LLC vs. Elenis: the Real Blockbuster Case for Liberty of Conscience