Chinese Arrests and the Power of Hope in a Resurrected King 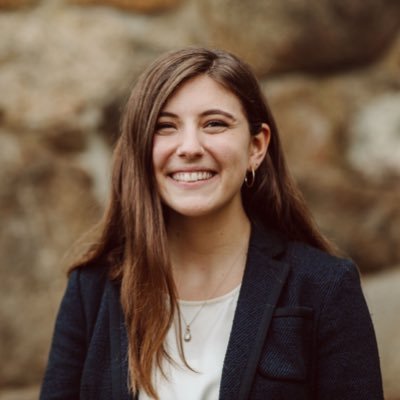 Roman Catholic Bishop Peter Shao Zhumin of Yongjia (Wenzhou), China was arrested by Chinese authorities on April 7, according to reports this week from advocacy groups including International Christian Concern. Locals believe that Shao was detained to prevent celebration of Holy Week and Easter Sunday. It is typical for Chinese officials to arrest bishops before important church events and holy days, National Catholic Reporter states.

There is no information on where the Chinese Communist Party (CCP) is holding Shao, and his friends and family are unable to contact him.

The arrest follows Shao’s refusal to join the state-sanctioned Catholic Church in China. In 2018, the People’s Republic of China (PRC) passed legislation requiring all religious groups to possess a permit before conducting services. However, churches affiliated with the state are closely monitored and subject to interference on religious doctrine and practice. The CCP “regularly reviews sermons and sometimes required church leaders to attend education sessions with religious bureau officials,” according to a U.S. State Department report.

As a result of refusing to join the state-sanctioned Catholic Church, Chinese police have arrested Shao six times, once detaining him for seven months. Officials have previously placed Shao in a facility for ten to fifteen days where he undergoes “thought transformation,” a government-sanctioned brainwashing process.

This is one of many moves by the PRC to restrict religious worship in China. On April 3, Chinese police raided a service of Zion Reformed Church, a house church in northern China. The police arrested seven church members for allegedly “violating pandemic rules that prohibit gatherings.” All detainees were handcuffed and transported to a detention center. The police asked the church members to sign the pledge: “No Longer Attend Zion Church.” All members refused.

Chinese Christians are not alone in enduring persecution because of their faith. Across the globe, Christians face execution, harassment, and brutality.

In Afghanistan, renouncing Islam is punishable by death. In North Korea, an estimated 50,000 to 75,000 Christians are imprisoned in inhumane labor camps. There, if not immediately executed, Christians undergo never-ending torture, labor, and hunger, a story from a camp survivor described. In Kenya, the militant Islamic group Al-Shabaab targets Christians by raiding towns or attacking buses. According to a report in 2014, al-Shabaab extremists attacked a bus in northern Kenya and challenged twenty-eight passengers to recite the Islamic creed. When the passengers could not, al-Shabaab militants killed all of them.

This Easter Sunday, Shao will not join his congregation or his family. Instead, he will likely endure torment and suffering because of his faith in Jesus Christ.

As Easter approaches, Christians remember that their Lord was also persecuted, beaten, and killed. John 19:1-3 tells of the soldiers delivering Jesus to be crucified.

“Then Pilate took Jesus and flogged him. And the soldiers twisted together a crown of thorns and put it on his head and arrayed him in a purple robe. They came up to him, saying, ‘Hail, King of the Jews!’ and struck him with their hands.”

Continuing in verse 17, the Gospel of John states, “So they took Jesus, and he went out, bearing his own cross, to the place called The Place of a Skull, which in Aramaic is called Golgotha. There they crucified him, and with him two others, one on either side, and Jesus between them.”

For this Lord, Savior, and friend, Christians suffer unbearable pain and loss. Yet, the miracle of the cross offers never-ending hope for us and all believers.

The Apostle Paul, a Christian also persecuted for his faith, wrote in his second letter to the Corinthians, “We are afflicted in every way, but not crushed; perplexed, but not driven to despair; persecuted, but not forsaken; struck down, but not destroyed; always carrying in the body the death of Jesus, so that the life of Jesus may also be manifested in our bodies.”

This Easter, we can be thankful for our freedom to praise and glorify the One who gave Himself up for us. Yet, we also may fervently pray for those who are not blessed with the same freedom, those in prison, in camps, and in hiding, unable to openly celebrate the resurrection of Christ.

Wang Yingjie, one of the Chinese Christians arrested for attending Zion Church, remarked after being released:

“Thank the Lord for letting us fight for our faith. Compared with saints martyred for the truth, our hardship is tiny. We have no idea how they will treat us in the future. May the Lord have mercy on this small church, and may the Lord use His children! Brothers and sisters, please pray for us!”