Gallup released new poll numbers comparing how various religious groups viewed the two major candidates in the 2016 presidential election. Support for Clinton vs Trump swung dramatically based on a person’s faith. Even within Christianity, opinions varied between different denominations and demographics. 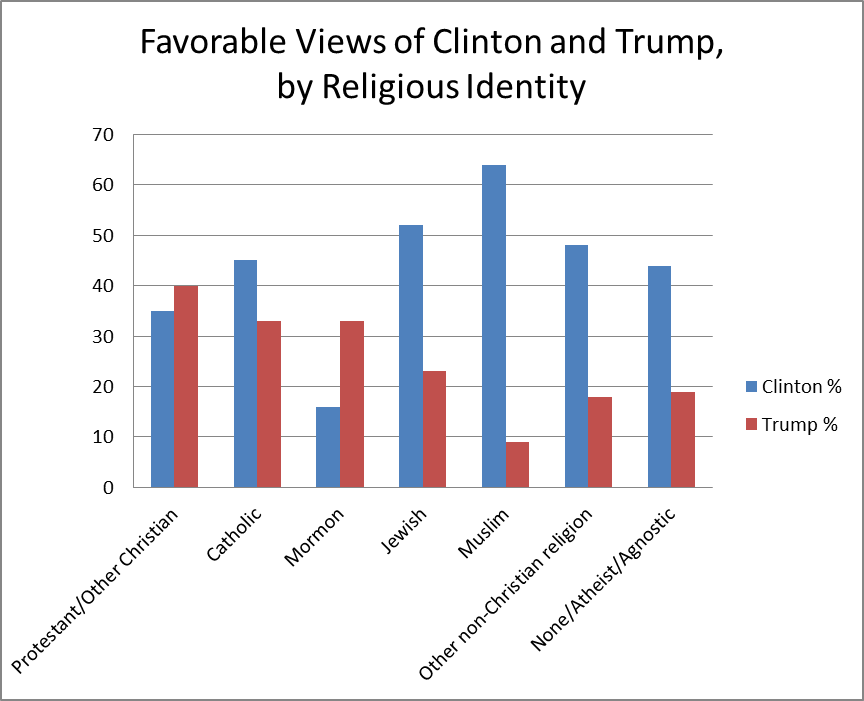 These preferences will likely have important ramifications for the outcome of the Clinton vs Trump contest in November. That’s because, as Gallup’s Editor-in-Chief Dr. Frank Newport noted, Protestants and Catholics constitute the “two largest religious groups in America,” making up “almost three-quarters” of the population. Newport observed that these “large religious groups” were “not monolithic entities, but, in fact, composed of many diverse sub-segments” with distinct political preferences.

Indeed, accounting for both race and denomination within the Christian faith produced highly disparate survey results. Fifty-one percent of white Protestants said they viewed Trump favorably, while 75 percent of black Protestants viewed Clinton favorably. Within Catholicism, only 12 percent of Hispanics viewed Trump positively, in contrast to 44 percent of non-Hispanics. About two thirds (67 percent) of Hispanic Catholics indicated a favorable opinion of Clinton. 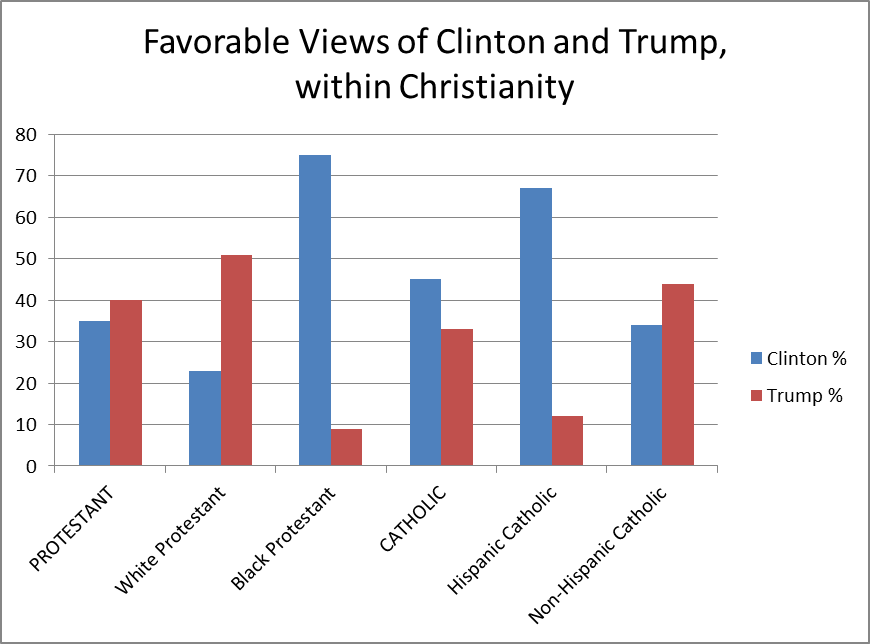 Those ascribing to non-Christian religions tended to view Clinton much more favorably than they viewed Trump. A majority of Muslims (67 percent) and Jews (52 percent) had a positive view of Clinton, while 44 percent of agnostics, atheists, and “nones” said the same. The exception was Mormons, only 16 percent on whom viewed Clinton positively, less than half the amount of Mormons with a positive opinion of Trump (33 percent).

Muslims were the least favorable non-Christian group toward Trump. Only 9 percent of Muslims had a positive impression of him. Muslims tied black Protestants for the lowest positive response to either candidate among all religious groups surveyed. Both groups indicated only 9 percent favorability toward Trump.

2 Responses to Clinton vs Trump: Support by Religious Affiliation