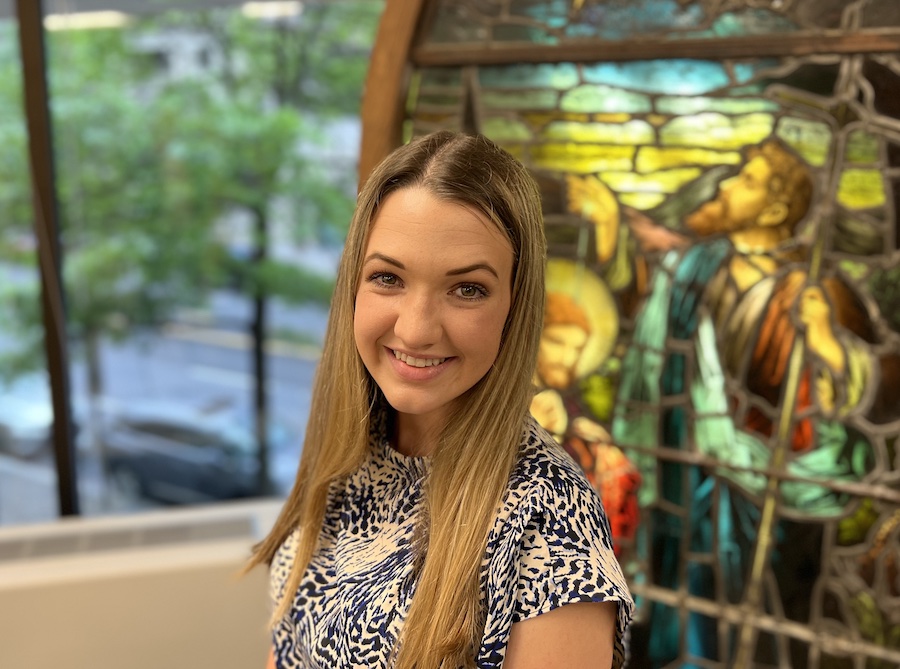 Well-educated, morally solid, intellectual speakers like Jordan Peterson are rare. Rarer still when one appeals so much to modern young men. Argue Peterson’s theological points and convictions, but don’t deny his outsized positive influence in my generation. Beloved or reviled, there seems to be little in between when it comes to the Canadian psychologist.

Peterson recently made waves by addressing the Christian churches, being suspended from Twitter for virally insulting a famed transgender actress, and being heavily featured on The Daily Wire, the news source quickly becoming the masthead for most far-right dialogue. Peterson is a recent addition to the right-wing stronghold and seems to be maximizing his base. He strong-arms his way through the cultural dialogue, unafraid to do so one radical left-wing argument at a time.

Around long enough for me to know him as a household name, some of Peterson’s YouTube videos have been online for more than a decade. I attempt to resist trends, fads, and celebrity cultures–you will never see me adapting the “Swifty” fan name or, even more relevant, jumping on any political train or bandwagon–not only on principle.

I have watched far too many of my peers and my elders slip and fall on that slope of self-adulation, and as they sink, they lose sight of where they started. An aloof admirer even of my heroes, I know as a sinner surrounded by other sinners, our flaws, although not immediately apparent, will make themselves known in time.

Yet I admit, the sheer magnetism of Peterson’s interlocution is lightning. Male colleagues, peers, and friends list Peterson among the most influential men in their lives. It is easy to see why: the moral code he espouses, his conservative principles, and the outstanding challenge to the listless or directionless male to “make something of himself” should do nothing but appeal.

When watching his videos, even I felt zealously inspired to set off on the straight and narrow. Peterson has found a way to speak to that mysterious, soulful side of every human being that recognizes there is something much, much more to life than the temporary.

Intrigued, I scoured the internet for thoughts on Peterson from women like me: conservative, Christian, and culturally in-tune … and came up completely empty. The only (and there were few) women addressing the cultural phenomenon and enigma that is Peterson, addressed him from a cautious psychological perspective, or from a blog of an enraged radical feminist. Bully for them.

I searched Twitter in vain for reflective pieces from female peers. However, in a deep dive, I found Peterson himself commented on the very problem I was encountering. He tweeted in 2017, “91% of those who view my videos are male. Why? Why so few women?” To which Twitter responded with an array of unhelpful, amusing, or plainly ridiculous answers. Once again, bully for Twitter, always managing to provide some sort of sad chuckle. But his question persisted.

Now, I would argue, “Yes, Dr. Peterson, there are few women in your audience. We simply don’t see ourselves reflected in your dialogue.” I believe this to be true not because Peterson is incorrect about women.

Peterson is actually correct; he has nailed down the complexity of femininity and speaks with great respect for women and their desires and values. He sees the two genders as separate but equal, different in ability and aptitude but never one lesser than the other.

But I would not go to Peterson to hear him speak about my sex, particularly as a young woman of precisely the caliber he tends to critique: ambitious, intellectual, career-oriented, under thirty. Why? Peterson wisely does not offer us answers to our struggles. He does not provide counsel in one direction or the other, because as he has explained, the decisions a woman must make in her life are much more complex and nuanced than that of her male counterpart. The reason Peterson does not attract the female audience is because he does not tell us much we do not already inherently know.

Now, I recognize my limited perspective. After all, it would take me weeks to watch all of Peterson’s online content. However, as a Christian woman, this is my perspective on someone who is now being titled as one of the “most influential public intellectuals in the Western World.” And I would include this, speaking to Peterson fans around the world: be cautious.

Like all intellectuals, Peterson is limited in knowledge and scope. He understands this well, and would tell us as much. He will not be able to address all of life’s nuances, and not even he completely understands the complexity of the Man; Adam, the first-created.

Throughout my life, I have learned from men who have reflected gentle and quiet responsibility, a meekness rarely observed. Peterson often focuses on encouraging the young man’s aggression, but within constraints, so that it does not consume. I say, that is well, but as much as we encourage our young men to be the protectors they are designed to be, so also must we encourage them to be tender, serious caregivers, like our Lord. We need them to do both.

We must encourage them to love the softer side of life, to value contentment in hearth and home. As Edgar A. Guest so eloquently wrote in “A Warm House and a Ruddy Fire, “A warm house and a ruddy fire|These the goals of all desire|These the dream of every man|Since God spoke and life began.”

As a Christian woman, I respect and admire my male counterparts for their innately different strengths and abilities. We are equal; we work jointly for the expansion of God’s Kingdom, complementing each other’s differences.

However, the young men who stand out in my life are not those who are the strongest, most ambitious, or the most “manly” in manner and ability, but rather those who have learned to balance their impulses and desires, and direct themselves toward not only morality and virtue, but in pursuit of beauty, truth, love, and goodness. That is the rarest type of man.

On the point of Truth: Jordan Peterson’s popularity should not blind us to any hints of untruth or narratives that sneak unchecked through the rhetoric. We should always question, and return to the Word of God for the purest counsel. Never should our faith in one individual grow so strong that we neglect our ultimate source of truth. In the end, Jordan Peterson is not the One with the final say.

This Christian woman will continue to listen, observe, and contribute to the feminine 9 percent of Peterson’s viewership, but always with a hint of the critic. I end with a message to my Christian brothers: be encouraged by the moral truths in Peterson’s words, but do not be swept away. Engage your mind first in the Scriptures and in the Church, and be not tempted to ignorantly follow where Christ does not call us. For His glory; let that be your ultimate aim: test everything; hold fast what is good (1 Thessalonians 5:21). Time is Running Out for Traditionalist United Methodists!