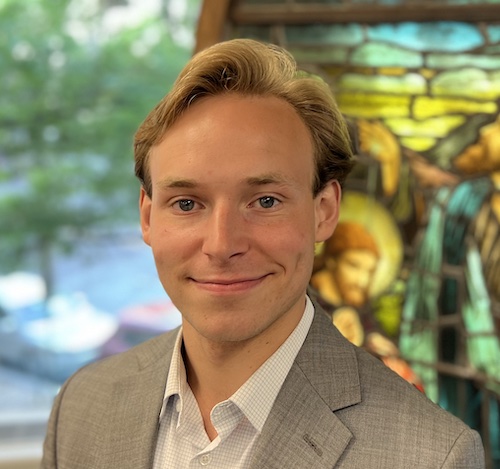 This past week I heard Glenn Loury, the first African American to become a tenured professor of economics at Harvard, accept the Bradley Prize. As he spoke on what he called “the specter of racial conflict,” it occurred to me that three, discernable streams of thought that have emerged in America’s conversation about race. To name the three: there are those who wish to focus, those who wish to forget, and those who wish to further. Let us take each in turn.

The first crowd of voices (who are, in fact, the most likely to be found in a crowd) wishes to focus. I here speak of those who focus on racism and do not lift their eyes from it. They offer unending and constant reminders of America’s sins—both past and present. They view everything in light of racial divides. They are good activist, but they would not make very good scientists: race is the only variable they consider. Any difference of outcome is immediately ascribed to racism—a word which is readily used and rarely defined.

The virtue and vice of this group is the same: their unwavering attention. They are keenly aware of injustice. Flourishing societies need men and women of this nature, who shed light on the injustices that will always be among us. Slavery is an unavoidable darkness that should not be hidden, and they have done the work of making it known. Even today, there is good reason to believe that racial injustices still grip many communities, whether it be from a lack of fathers or pay. Those who focus remind us of these problems.

English philosopher and political economist John Stuart Mill said that any healthy polity needs a party of order and a party of change. Those who focus are among the latter, but herein lies their vice. Their focus upon racism has reduced all of political life to questions of race. No issue is exempt from being singularly viewed in this light. It is a focus that, having consumed the whole of their personalities, extends its arms over the rest of life. All of human activity—its beauty and complexity—is lost in a quasi-utopian longing for perfection in a fallen world.

Against these are those who wish to forget. I hear speak of those who see the best path of America in forgetting, and potentially avoiding, the sins of the past. They seek to move on, push for unity, and resolve all differences as though that matter was so simple. But these individuals, also play a necessary role in the life of the nation. Their virtue is their fidelity and loyalty to America.

They are correct to remind us of the progress that has been made, and the need for gratitude. Social order is difficult to develop but easy to lose, they correctly point out; and they shun those who seek extra-institutional means—namely, violence—to achieve their ends. They are often accused of explaining away America’s sins. This is not true. Their vice is different: they attempt to forget, as though the past did not influence the present.

There is a third voice—albeit one that is quiet and often unheard. It is those who wish to further the American experiment. I was able to hear this viewpoint expressed but a few days ago by the economist Loury. In the face of identity politics, Loury articulated a vision of what it means to further the American dream. And it is on his doctrine of furthering (that is by no means unique to him) that I wish to focus upon.

The American project is not wholly abstract, but it is unique in its attempt to build civil relations on a primarily doctrinal, and not ethnic, foundation. Our first principles of “life, liberty, and the pursuit of happiness” should be the firm foundation of Civil Rights; they are the still point upon which the whole discussion must turn.

As opposed to repudiating the past or avoiding it, Loury called for the expansion of this American project, to include previously disenfranchised communities. This does not ask us to forget America’s faults, but it believes that that the American conception of freedom, and the economic dynamo of capitalism, are the best means to lift people out of poverty.

As evidence of this, Loury points to the emergence of a black middle class in the last 75 years. These are the fruits of the American system, where the American Dream grows to include all those within our borders.

Americans should not whitewash the past but have an appropriate sense of humility when approaching it. As Loury reminded his listeners: slavery is the norm; emancipation is the rarity. And the blessings of emancipation were known only through the wedding of “Enlightenment thinking and Christian charity,” not in a departure from it.

Hamilton is brilliant in this regard. Each act of the play is an invitation: “Come ye who were once excluded! Come join the nation, whose land we’ve all shared! Time hath revealed that no petty distinctions between races can bar men from being free: freed by God, recognized by law.”

By recasting the Founders as African Americans and other people of color, their ethnic identities joined the American experiment. By taking on the roles of those great men, America’s doctrines and destiny became their own, with each pledging their loyalty to the other. Hamilton was not a rejection of America’s founding, but the furthering of it.This third voice, this via media (“the Middle Road”), is what I believe to be America’s best path forward. It rejects both Scylla and Charybdis, both focusing and forgetting. Loury said as much but he, has lived out this furthering of the American experiment long before taking the podium to share it with the rest of us.