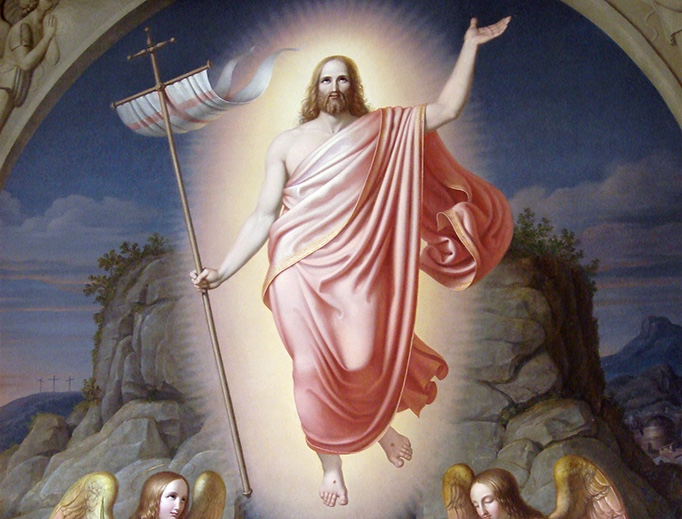 Easter is a timely reminder of Christianity’s development of individualism, which is now widely derided by many on both sides of the political spectrum. Here’s an important Public Discourse piece today from Susan Hanssen:

Our insistence on individual immortality, an idea hammered home by the almost preposterous teaching of the resurrection of the body, ought to make Christians dyed-in-the-wool individualists.

Many on the post-liberal left replace individualism, which they equate with greed and capitalism, with raucous identity politics stressing communal identities based on race, gender, sexuality, ethnicity or some other category of victim group. Many on the post-liberal right disdain individualism as self-centered autonomous materialist hedonism disconnected from family, religion and community, degenerating into endless categories of personal expressivism. They propose hierarchy, tradition and subordination to institutions as alternatives.

For many, collectivism is now the recommended remedy for individualism’s many alleged sins. Some insist individualism is antithetical to Christianity. But as Hanssen noted:

There never was a Christianity that didn’t proclaim the radical freedom of the individual. No matter how much we owe to constitutive communities and corporate socially organic bodies—the family, the church, the nation—“freedom presupposes that in fundamental decisions, every person and every generation is a new beginning” (Benedict XVI, Spe Salvi, 2007).

Traditional societies stress tribes, religious collectives and submission to authorities. Dissent and individual expression are subversive and must be suppressed. But the Hebrew-Christian tradition is inherently subversive, claiming every individual is called to personal fidelity to God mediated by conscience. The whole Bible is mostly a story of individuals or small groups, by faith, defying conventionalities and traditional hierarchy, typically at great sacrifice, often to martyrdom. They do so not for self-actualization but as witness to the demands of their God and His righteousness.

Easter is the supreme example of extraordinary, supernatural inspired individualism. Jesus the individual, as God Incarnate, redeemed the whole world through His suffering, death and resurrection. He was shunned by all, His people, His followers, His family, yet He sacrificially prevailed against all sin, death and hell. Humanity was not saved by the collective but by one individual.

During His earthly walk, Jesus warned that His followers must be prepared to disavow and lose everything, including friends and family, even “hating” sisters, brothers and parents, if they were to follow Him. They would be persecuted by both state and religion. Yet He promised His protection and His ultimate reward, no matter the suffering.

The followers of Jesus must then and now, choose individually for Him. Social standing, church membership, and family connections cannot provide salvation. There is no collective redemption or sanctification, as the old spiritual explains:

he had to walk it by himself;

O, nobody else could walk it for him,

he had to walk it by himself.

We must walk this lonesome valley,

we have to walk it by ourselves;

O, nobody else can walk it for us,

we have to walk it by ourselves.

You must go and stand your trial,

you have to stand it by yourself,

O, nobody else can stand it for you,

you have to stand it by yourself.

This fearsome call to the individual has animated all of Christendom and bequeathed to us concepts of individual dignity, purpose, duties and rights, which ultimately resulted in societies that aspired to equality and opportunity for all. What is sometimes called classical “liberalism” is the respect for individuals and their consciences that unfolded across several millennia thanks to the Biblical God’s summons to each person.

This Christian individualism by no means obviates the divine ordination of human collectives, through nations, families, communities and, above all, The Church, which endures eternally. But none of these institutions override the individual. And eternal entrance into The Church is by choice of the individual. At the consummation of history, countless individuals will worship the Lamb at His throne.

Addressing one prominent contemporary critic of individualism and “liberalism,” Hanssen warns: “[Patrick] Deneen needs to be more careful, in taking aim at radical autonomy, that he doesn’t cast aspersions on the entire tradition in which Christianity has played a crucial role in elevating the dignity of the individual. It is the individual substance of a rational nature that is immortal: not the family, not the community, not the state.”

Individualism obviously in fallen humanity is corrupted in countless ways. Demoniacs can be individualists of a depraved certain sort, conformed to the worst of this world. But sanctified saints are holy individualists, who have denied themselves in fidelity to the Supreme Individual. In Christ, they have been completed.

The Bible, by explaining that each individual bears God’s image uniquely, enables societies to accord some respect and protection to all persons, even when not convenient for the collective. Every decent society must honor the individual or risk tyranny, degradation and horror.

Easter recalls that God Himself condescended to become an individual, to suffer for all other individuals, however undeserving, and to rise to glory, that each individual might rejoice forever with Him. This reminder is relevant today and forever.