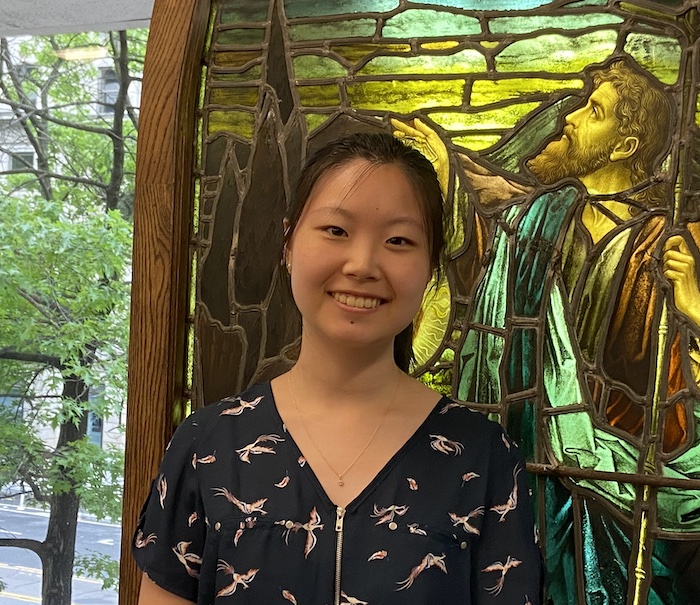 In recent years, sexual abuse scandals and other abuse of authority allegations have shaken the church. To lay a foundation for understanding these issues, the Trinity Forum hosted Dr. Diane Langberg on July 9 to discuss themes in her book Redeeming Power: Understanding Authority and Abuse in the Church. Langberg has worked with trauma survivors, caregivers, and clergy for almost 50 years. She is a board member of GRACE (Godly Response to Abuse in the Christian Environment), co-founder of the Global Trauma Recovery Institute at Missio Seminary, and co-chair of the American Bible Society’s Trauma Advisory Council.

One of the key ideas in Langberg’s book is that “deception both precedes and then protects the abuse of power.”

“Deception is… the things we tell ourselves to make things that are blatantly ungodly okay. And then as we practice that, the deception grows and our capacity to see it lessens, and so we actually believe ourselves… ‘When I hit my wife, it’s only because she deserved it and if she would do what I asked, it wouldn’t happen, and it’s okay because I’m the head of the house’ or whatever. Those are the deceptions that… can grow and make deeper roots. So we deceive ourselves, we deceive others, and we become convinced that what we’re doing is okay when in fact it is death,” Langberg explained.

One of the hallmarks of the church is forgiveness; however, Langberg argued that the way we “forgive” abusers often results in more harm.

“Part of what we do with abusers is if they cry and say they’re sorry, we say it’s fine. And we say that if we don’t do that, we haven’t forgiven them, and we don’t know anything about grace. At the same time, we’re sometimes saying that about a pedophile where the state says you have to go to prison for 30 years. So we’re saying it’s fine by a few words and tears, and the state’s saying it takes decades. You can’t get to the place where you hurt a child, particularly many children and repeatedly, and be okay by tears and words,” Langberg said.

Rather, the way to love an abuser is “to not trust them. It’s like working with an addict. ‘Well, I can go into the bar; I won’t drink.’ ‘No, we’re not going into the bar. I’m not going to go with you.’ The reason is because the deception is so familiar and so common in them, they cannot even see the depth of what they have done… you’re not loving them to say it’s fine.”

Langberg recounted the story of a girl about four or five years old who was sexually abused in a church by a man weighing around 200 pounds. “He cried and said he was sorry, and they required her to say, ‘I forgive you,’ and they let him walk and be in church, and guess what happened.”

Instead, the way to love abusers is to “tell the truth and invite them into the light in a way that shows respect for them as a human being. Otherwise you become like them… You can’t trample them and then change them… It’s very easy to become like an abuser trying to convince an abuser not to abuse.”

Langberg also emphasized the importance of respecting victims of abuse.

“Anybody who tries to speak the truth about these things is a courageous person and that is a gift to the church,” Langberg stated. “It is frankly my personal opinion… that the voice of the victims, the sheep that have been wounded, is actually a prophetic voice to the church. It’s the voice that says it’s not right; things are rotten in the house of God. That’s what their cries say to us, and any prophetic voice that points to truth and to God is from him.”

Sometimes people have been wounded so deeply by the church that they want nothing to do with it. In those situations, Langberg advised, “Go to them; don’t ask them to come to church. That’s not a safe place and they’re not going to trust, and they won’t come. Go to them and be Christ. Don’t talk about him; don’t teach. Be him with them, walk with them, listen to them, cry with them, love them, speak to their courage to say the truth even when it’s dangerous.”

In addition to sexual abuse, spiritual abuse is also an urgent issue in the church.

“If somebody’s experienced spiritual abuse, part of what that often means is the word of God has been used to cover up evil or to commit it, to sanction it,” Langberg explained. “I wouldn’t use the word of God, I would be the word of God with somebody like that, because if you do those things [using the word of God] thinking you’re helping, you’re not; you’re going to build the wall higher and increase the fear. He [Jesus] became like us so that we could become like him. That’s what he did, that’s what we’re called to, and we get caught up on buildings and words and systems.”

“I have sat with people with terrible incest and abuse histories, sometimes for several years before somebody will sit down on the couch and say, ‘You know, when I first came to see you, I told you you weren’t allowed to talk about God… And you’ve honored that… Well, I think today I’d like to start talking about God,’ but it took years. He [God] was there. The only way he could be there was in me, so that they could get a taste of what he’s really like by being with me, which is so different. It doesn’t come by words, it comes by ‘being with’ in the flesh.”

Langberg recommended that churches “find some women who have shown the characteristics of being helpers, comforters, gifted in those ways of helping people who are suffering and… have them do things to be trained about trauma and sexual abuse and domestic violence.” In addition, “get some of the men trained… partly so that they know how to walk alongside somebody who beats his wife. Most elders don’t learn that anywhere.”

It is no surprise that churches—leaders and members, alike—fall short of the glory of God. However, as a people called to holiness, we must take the words of 1 Peter 4:17 seriously, that judgment begins at the house of God. Understanding those words requires understanding authority and abuse in the church, and working by the power of the Holy Spirit to make amends for past wrongs and prevent future abuse.

Brownback Warns ‘Clash of Civilizations’ ahead without International Religious Freedom