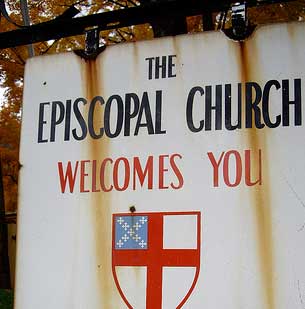 Declines in Episcopal Church membership continue a downward spiral that began in the early 2000s. Updated statistics made available this week by the Episcopal Church Office of Research show a denomination continuing a gradual, uninterrupted decline in 2015. The U.S.-based denomination shed 37,669 members in 2015, a decline of -2.1 percent, while attendance declined -20,631, down -3.4 percent. A net 43 parishes closed, bringing the denominational total to 6,510 congregations.

The pattern is consistent with past years, in which dioceses in New England, the Rust Belt and predominantly rural areas post sharp declines, while dioceses in the South either retain their numbers or decline at a more gradual rate.

Episcopal Church officials, including former Presiding Bishop Katharine Jefferts Schori — who completed a nine-year term in office in late 2015 — have predicted that decline would level off after years of internal dispute and the departure of dioceses, congregations and individual members. While there were no major congregational departures in 2015, the denomination still exceeded its baseline rate of decline of approximately 28,000 members a year by a substantial margin. Presiding Bishop Michael Curry has struck an optimistic tone, encouraging the church to embrace its role in “the Jesus Movement” even as he seeks to address a workplace culture marked by “fear, mistrust and resentment” at the church’s national headquarters.

Curry’s own Diocese of North Carolina, which had mostly escaped membership decline in the past 15 years, aided by a booming state population, experienced a -0.9 percent drop in membership and a -4.8 percent drop in attendance in 2015. The diocese has seen its average attendance drop -14.7 percent since 2005. 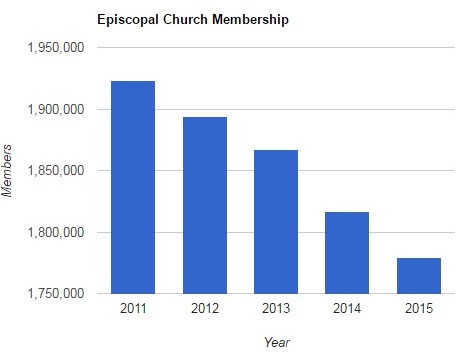 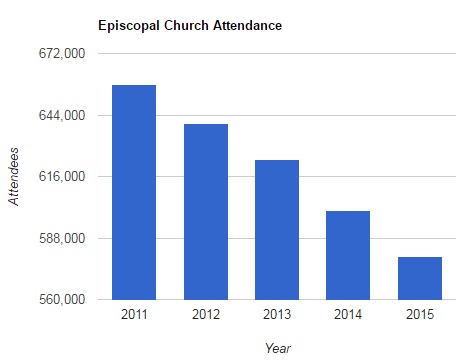 The denomination continues to see church size shrink, with the average Episcopal parish attracting 58 worshipers on a Sunday, down from an average of 65 in 2011. Similarly, 71 percent of the denomination’s churches have an attendance of fewer than 100 persons, while less than 4 percent attract 300 or more. The trend lines do not bode well for the future, with 55 percent of congregations experiencing decline of 10% or greater in the past five years. In contrast, only 18 percent of congregations grew their attendance by 10 percent in the same time span. As a whole, the denomination has experienced a 26 percent drop in attendance since 2005.