“Render to God” a Total Claim on Christians 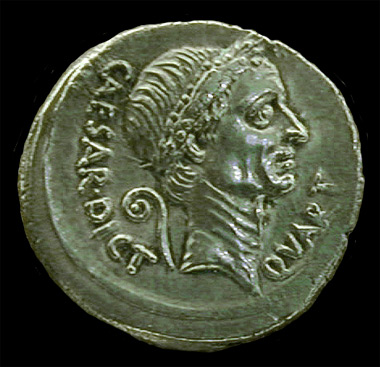 “Render to Caesar the things that are Caesar’s” is a common expression to say Christians’ duty to the state is not absolute. But what should we “render to God,” and why?

That was the question considered by Archbishop Charles Chaput of Philadelphia in his homily at the concluding mass of the Fortnight for Freedom at the Shrine of the Immaculate Conception. A two week observance from June 21 to July 4 consisting of many prayers, meditations, and special masses, the concluding mass drew an overflowing assembly at noon on July 4.

Archbishop Chaput began his homily by referring to Paul Claudel, a French poet and dramatist of the last century, and a devout believer. Surveying western secularization, Claudel observed that the Christian in the secularized West is “a man who knows what he is doing and where he is going” and therefore “alone has liberty in a world of slaves.” This transcendent perspective enables the Christian to resist the ideologies of modern states, which are based on materialism and science. These secular philosophies led nations and people who accepted them to the murder of millions of people, while Christians like Claudel continued to stand for truth. They had a duty to “render to Caesar,” but also to God, and Archbishop Chaput then asked how Jesus based his admonition to proper duties signaled by the images (of Caesar and God) which believers encounter. If taxes should be paid because money bears the image of the ruler, then human beings, who bear the image of God, should give their entire lives to him. Love of country is honorable, but our real home is not on earth, and we should give Caesar nothing of ourselves. “Nothing permanent and important belongs to Caesar …we belong to God and only to God,” the Archbishop said. Real freedom is the freedom involved in loving God with our whole being, and this freedom which “knows no attachment other than Jesus Christ,” the freedom of the sons of God, isn’t something that the government can give or take away. Religious freedom is important because it is needed to facilitate this most basic freedom given by God.

Having shown religious freedom to be the most crucial freedom in the secular order, the archbishop then asked what the task of Christians should be in the contemporary world. Here he referred to the watchman (or sentinel) passage in Ezekiel (“I have appointed you as a sentinel. If I say to the wicked, ‘you will surely die’ – and you do not warn them or speak out to dissuade them . . . I will hold you responsible for their blood”). We live in a time that calls for a sentinel, and are responsible for this today, not only to defend religious liberty, but also for the dignity of the human person, defending it in both words and deeds, and thus “live as disciples of Jesus Christ.”

The archbishop seemed to acknowledge that the project to defend and advance religious liberty will not quickly succeed with one decisive event, such as an election or court decision, but will extend many years into the future. “In coming years, we’ll face more and more serious challenges to religious liberty in our country. This is why the Fortnight for Freedom has been so very important” he said.

Prayers and scripture readings at the mass focused on commitment to God and liberty of conscience of believers in society as they seek to fulfill God’s commands in works of charity. Near the end of the mass, Archbishop William E. Lori, chairman of the United States Conference of Catholic Bishops (USCCB) Ad Hoc Committee for Religious Liberty, spoke of the new Observatory for Religious Liberty, a newly established initiative of the Italian government to enable Italian diplomacy to address violations of religious liberty in the world. The Observatory is studying the developing situation with respect to religious liberty in the United States as its first test case. While critics deny that religious liberty is being threatened in the United States, the church is greatly concerned by the denial of liberty of conscience in the HHS mandate. If religious liberty can be threatened in America, it can be threatened anywhere, Archbishop Lori said.

Also presented at the mass was a statement from Pope Benedict XVI concerning the Fortnight for Freedom. He called the Fortnight for Freedom, which also involved other masses, special readings, and reflections a “symphony of prayer.” The “wisdom and insight of faith” is crucial to building a better society in America, and the American experience of continuous freedom is a gift which “must constantly be won over” to ensure it will continue to be available to advance the good, the Pope said.