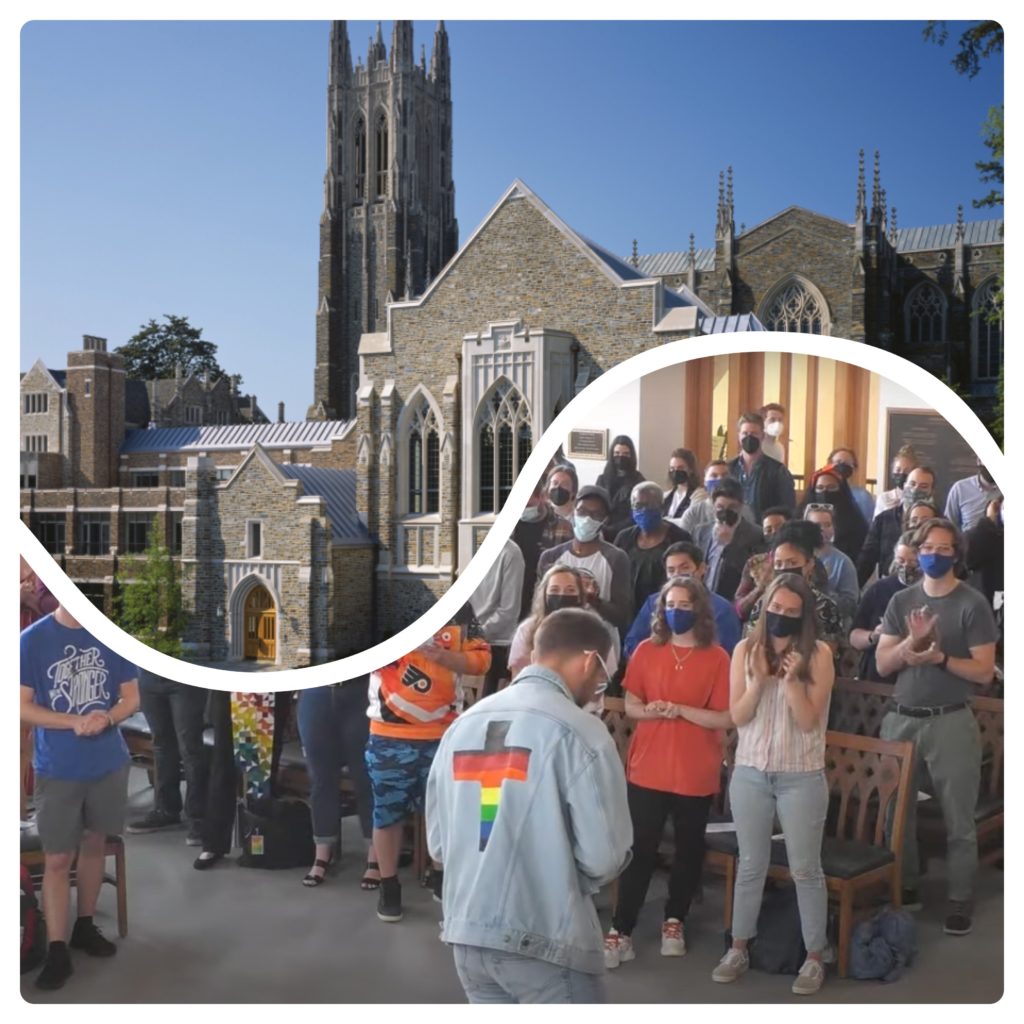 “Strange one, fabulous one, fluid, and ever-becoming one,” prayed second-year Master of Divinity (M.Div) student Caroline Camp in opening the service. She stated that God is “mother, father, and parent” and “drag queen, and transman, and gender-fluid.”

Tirzah Villegas, an M.Div student, encouraged listeners to accept their sexuality because “You are never called to abandon yourself. Abandoning the self is negating the truth of who you are, and that is always a lie,” Villegas stated. God is a “queer God” who loves “every part of us,” according to Villegas.

“I would like to suggest this as a trans text,” Surbaugh proposed about Genesis 32:22-31. The passage details Jacob wrestling with a stranger until daybreak. The man harms Jacob’s hip and commands Jacob to, “Let me go, for it is daybreak.” Jacob responds, “I will not let you go unless you bless me.” As a result, God blesses Jacob and gives him the new name “Israel.”

In this passage, Surbaugh sees “an example of a negotiated body, a trans body, which has been both momentarily injured and fundamentally blessed.” Surbaugh compares Jacob’s struggle to the experience of taking testosterone to transition from a female to a male identity. Surbaugh wonders “how Jacob felt after the angel had gone” and if “he felt the same way I did on the clear October morning when I learned to give myself a hormone shot.”

Transition, according to Surbaugh, “can be framed as a choice,” but “transition is better framed as a calling. It is a calling to wrestle with God and not let go until we receive a blessing in our own bodies.”

Criticizing the church, Justis Mitchell, a first-year M.Div student, stated, “In the pews we listen to the pastor who preaches about commandments, condemning those who disobey, predicating a future of fire and turmoil.” However, Mitchell believes that “We can become holy, we can become worthy, we can become valued…even as we remain queer, even as we discover our own queer God whose presence is within these walls.”

Second-year M.Div student Caleb Wolf expressed pain that he felt when he was fourteen. “I was broken, I had been slayed by my family, people in school, and people in my church,” Wolf stated. “I loved God with all of my heart, yet they told me God didn’t love me.”

Wolf expressed that he “ran out the front door, barefoot with no jacket.” He recalled running behind a house and “banged my head against the brick.”

“I wanted to put an end to my suffering. I was tired of being disgusted with myself,” Wolf recounted. “I was tired of loving a God who did not love me back.”

Christian doctrine has historically defined the relationship between a man and a woman as the only biblical form of marriage. Yet, the Church is called to speak the truth and rescue the lost. Prominent Reformed theologian John Piper wrote, “No sin must keep a person out of heaven. None. What keeps a person out of heaven is the unrepentant pursuit of sin, and the rejection of God’s provision for its forgiveness in Jesus’s death and resurrection.”

According to Piper, Christians must count others as more significant than themselves, which “does not mean approving of what they feel or do. It means becoming a servant of their forgiveness, their rescue, their Christ-exalting hope. Christians should not bear ill will toward any. We live for the good of all.”


UPDATE: Sometime after this article was posted, the video of this Pride worship service was removed from Duke Divinity School’s official Youtube channel. However, the full video can still be viewed via the Internet Archive’s Wayback Machine: