The small town of McAdoo, Pennsylvania, may soon lose its last Protestant Church. Staff writer Jill Whalen of the Standard Speaker, the local newspaper for the nearby town of Hazleton, reported on March 15 that Christ Reformed United Church of Christ (UCC) may be forced to close its doors after 120 years. 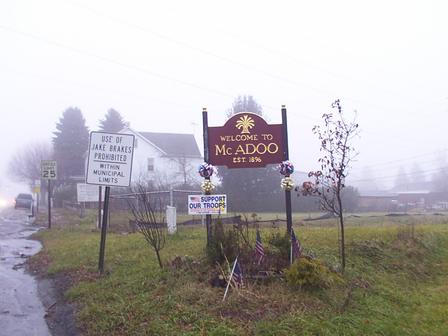 The church’s president noted that membership has fallen from 150 to just 70. Only 20 people typically show up on Sunday morning. This dwindling attendance parallels McAdoo’s decline in population. Today, McAdoo contains less than half as many residents as it did in 1930, according to the U.S. Census Bureau.

“Many members have moved from the area or have passed away,” Whalen wrote. “Because of the decline, financial support is down and it’s difficult to find volunteers for fundraisers.”

Similar trends are playing out across the country. Once cultural mainstays, Mainline Protestantism and small town America lay claim to an ever smaller share of the country’s population.

The Institute on Religion and Democracy (IRD) has carefully documented the decline of Mainline Protestantism over the years. The United Methodist Church hasn’t grown in more than 50 years. The Episcopal Church “has lost more than a quarter of its attendance since 2003,” according to IRD’s Anglican Programs Director Jeff Walton. Similarly, the Presbyterian Church USA has lost more than quarter of members since 2004.

The decline in Mainline Protestantism is no secret. Neither are the problems faced by Main Street.

Rural and small town America has generally failed to keep up with population growth in large metropolitan areas. Populations there have barely increased, or even declined, in recent years.

“At this point, the prognosis does not look good for much of small town America (with the exceptions of a handful of energy boom towns and retiree magnets),” Brookings Senior Fellow William Frey wrote in March 2014.

You can blame Millennials, in part, for this trend. Young people have moved to cities more than any other demographic. Ozy’s Beau Dure wrote in October 2014 that Millennials are pursuing economic opportunity. Simply put they’re moving to places like Arlington, Virginia – their top destination – where well-paying jobs are relatively plentiful.

“Getting to a big city — or at least near one — still has the smell of success,” Dure said, even if it means expensive housing and a long commute. He concluded that “small towns will have to rev up their sales pitch to convince young adults that they can live not just cheaply but also well in the places that older generations called home.”

Small town America needs to reexamine its approach for attracting newcomers, especially Millennials. So too does the Church, particularly within Protestantism. Namely, Mainline Protestants must rethink how they reach those living in cities as the United States undergoes dramatic changes in demography.

The data show that Protestants are disturbingly absent from metropolitan areas. Indeed, American cities are overwhelmingly dominated by Catholics and the religiously unaffiliated.

“All but nine metro areas have Catholicism and the religiously unaffiliated in the top two,” Piacenza and Jones said.

In one sense, these statistics paint a dismal picture of American cityscape for Protestants. But this situation also presents an opportunity. 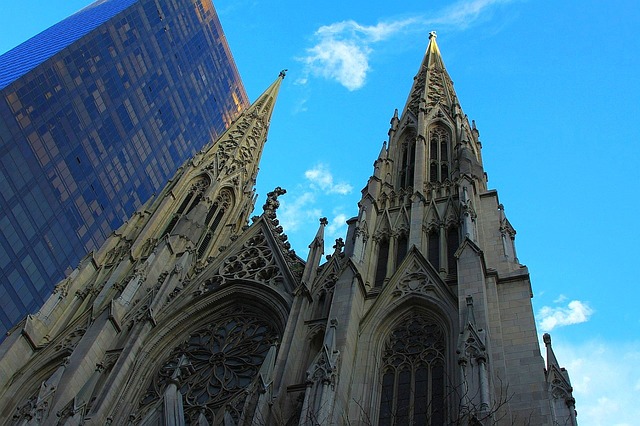 The Church must adapt to working in cities.

This is partly why Tim Keller, pastor of Redeemer Presbyterian Church in New York City, helped found the City to City ministry in 2001. The ministry says online that “City to City recruits, trains, coaches and funds leaders” who plant churches in cities, both throughout America and around the world. They view metropolitan areas as vital mission fields:

“Cities increasingly influence our global culture and affect the way we do ministry. With a positive approach toward our culture, we learn to affirm that cities are wonderful, strategic, and underserved places for gospel ministry.”

There is indeed hope for dynamic, Gospel-centered churches in American cities – even for fast-growing Arlington, the seemingly liberal, secular destination for Millennials just outside Washington, D.C. IRD President Mark Tooley recently observed that “many, many vibrant new evangelical churches with young congregations” are thriving in Arlington while Mainline congregations are shuttering. Elsewhere, he pointed out that Mainline Protestantism must imitate this evangelical model, at least in one important sense.

“Mainline can teach little, nor can it survive, if it does not rediscover the core beliefs and practices that so long animated its unique, compelling presentation of Christ,” Tooley wrote.

If there’s a lesson to be drawn from all of this, it’s that Mainline Protestantism needs to recommit itself to bringing the Gospel to where the people are. That’s a surprisingly obvious answer, since it echoes Christ’s parting words to His disciples. He told them just before His ascension that “you will be my witnesses in Jerusalem and in all Judea and Samaria, and to the end of the earth.” (Luke 1:8, ESV)

America continues changing around us. This presents the Church with a new set of challenges and opportunities. Meeting them requires both flexibility and steadfastness. In short, the Church must be willing to modify its techniques while remaining true to its Christ-ordained mission. Its continued relevance – indeed, its very survival – depends on it.