Gulliver’s Travels and Differences of Doctrine 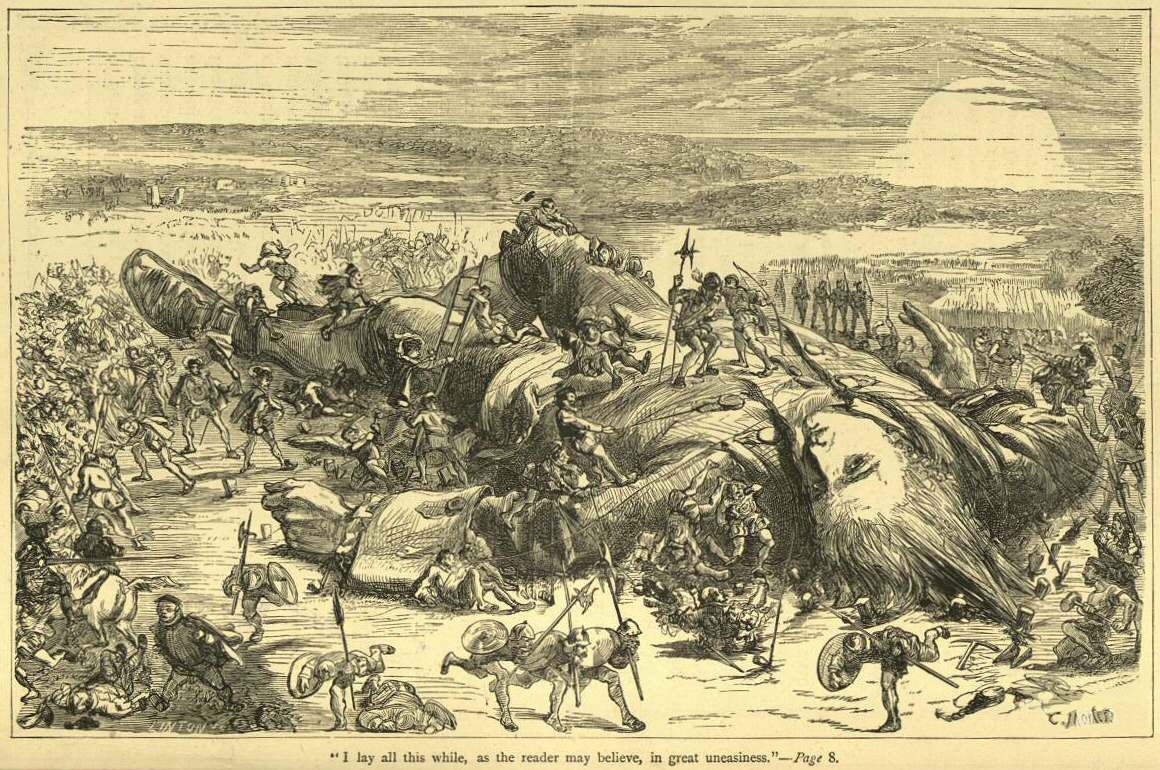 In the first part of Jonathan Swift’s Gulliver’s Travels, Lemuel Gulliver is stranded upon the island of the Lilliput, home of tiny humans called Lilliputians.  From his relatively gargantuan perspective we see the petty and hilarious nature of many of the Lilliputian customs, such as political alliances based on the height of the heels of their shoes.  One of their customs, which has been the cause of much political upheaval and war with their neighbors on the island of Blefuscu, is religious in nature. For the Lilliputians, it is the matter of some debate on what end you break an egg when cracking it: Do you open it on the big end or the little end? Ever since one Emperor sliced his hand while opening an egg on the big end, breaking an egg on the small end became written into Lilliputian law. Big-Endians, those still piously devoted to breaking their eggs on the big end, offer themselves as martyrs, are banned from political office, and their literature is censored.  Gulliver writes:

“…the Emperors of Blefuscu did frequently expostulate by their ambassadors, accusing us of making a Schism in Religion, by offending against a fundamental Doctrine of our great Prophet Lustrog, in the fifty-fourth Chapter of the Brundecal,  (which is their Alcoran). This, however, is thought to be a meer[sic] Strain upon the Text: For the Words are these; That all true believes shall break their Eggs at the convenient End; and which is the convenient End, seems, in my humble Opinion, to be left to every Man’s Conscience, or at least in the Power of the chief Magistrate to determine.”[i]

If you’ll excuse the pun, the Lilliputians seem small-minded to Gulliver. What difference does it make what end you break you egg on? To Gulliver, it is a fundamentally private matter, though he allows that leader of the nation could have some say on what end to break the egg. One still gets the good desired: the egg. Gulliver certainly doesn’t understand why they would kill each other or be willing to die for what end to crack their eggs.

The debate between the Big-Endians and Small-Endians is analogous to the Protestant Reformation, the Great Schism, or the Chalcedonian/Non-Chalcedonian split.  All of these tragic separations, which resulted in much strife and loss of human life, were the equivalent of what many people, particularly of a liberal bent, believe to be no more than an argument about what end to break the egg on.  Some might even extrapolate the Big-Endian/ Small-Endian schism to represent all religious difference whatsoever.  Says the man with the “Coexist” bumper sticker, “We all want to eat the egg. What difference does it make which end you break it on? All religions are the same. Why can’t we just follow the Golden Rule and get along?”

However, a giant’s eye view, perhaps too distant and remote to deal carefully with these seemingly trivial issues, is not appropriate in this case. The differences between doctrine and religion, whether it is the nature of the Eucharist or the nature and existence of God, are not analogous to differing ways to break open an egg.  When people argue over such matters, they are not agreed upon the good and merely sorting out the best means, as is the case with the egg breaking. They are in fact having a disagreement about what the good actually is. Where the dispute really lies, translated into egg terminology, is something like, “Is it better to eat eggs or rocks?”  This is true both between religions and between denominations within a religion. When a Protestant says to an Orthodox or Catholic that a priest administering the sacrament of confession is unnecessary or a Jew or Muslim says that God cannot become incarnate let alone be three persons, the other side hears, “It is in fact better to eat rocks than eggs.” The other side, whether it is Christians generally or a particular confession, cannot agree to this and so the debate begins.

We will never see where the differences lie and hope to begin in any kind of ecumenical dialogue if we merely invoke the maxim, “In matters of taste, there can be no disputes.” To do so is to assume that the belief at hand is already a mere preference.  If we want to have a dialogue between religions or different denominations, let us at least be serious enough to acknowledge where the differences lie. Then perhaps we could move on to some agreed upon eggs to break.

3 Responses to Gulliver’s Travels and Differences of Doctrine