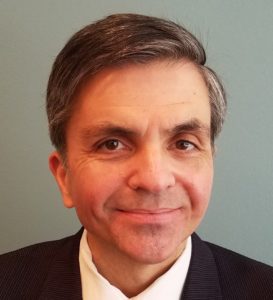 Mark Tooley became president of the Institute on Religion and Democracy (IRD) in 2009. He joined IRD in 1994 to found its United Methodist committee (UMAction). He is also editor of IRD’s foreign policy and national security journal, Providence.

Prior to joining the IRD, Mark worked eight years for the Central Intelligence Agency. He is a graduate of Georgetown University and is a native of Arlington, Virginia. A lifelong United Methodist, he has been active in United Methodist renewal since 1988, when he wrote a study about denominational funding of pro-Marxist groups for his local congregation. He attends a United Methodist church in Alexandria, Virginia. He is the author of Taking Back The United Methodist Church, published in 2008; Methodism and Politics in the 20th Century, published in 2012; and The Peace That Almost Was: The Forgotten Story of the 1861 Washington Peace Conference and the Final Attempt to Avert the Civil War, published in 2015. His articles about the political witness of America’s churches have appeared in The Wall Street Journal, The American Spectator, First Things, Patheos, World, Christianity Today, The Weekly Standard, National Review Online, Washington Examiner, Human Events, The Washington Times, The Review of Faith and International Affairs, Touchstone, The Chicago Tribune, The New York Post, and elsewhere. He is a frequent commentator on radio and television.

IRD Announces the Release of Taking Back the United Methodist Church